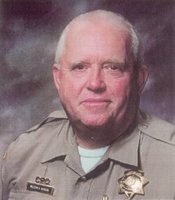 Weldon Burson passed away on June 17, 2021 after a short illness and battling with Alzheimer’s for several years. He was 84 years old and grew up on a farm in Manteca. He graduated from Manteca High School in 1955 and went on to get his AA at Modesto Junior College in 1957. After briefly being a San Jose Police Officer, he became a Highway Patrolman for over 5 years in East LA where he met Alicia and they married in 1962 (and were happily married for 59 years!). After they were married, they moved to the Lodi area to run the family ranch. The Burson family can be traced back sixteen generations in the USA, and his branch of the Burson family moved to the Lodi area in 1856. Weldon was a fourth-generation farmer (and free Mason) and became the sole owner of Burson Industries with 278,000 laying chickens, 110,000 square feet of indoor greenhouses, a commercial feed mill and 55 acres for row crops. Weldon served as both an Acampo and San Joaquin County Farm Bureau President and was also a Director for the California State Farm Bureau. He had an eclectic mix of pets including llamas, emus, rheas, ostriches, Barbados sheep, goats, donkeys, cows, dogs, cats, and an alpaca. On August 6, 1991, Weldon was asked by Sheriff Baxter Dunn to start a program called the S.T.A.R.S. which is the Sheriff’s Team of Active Retired Seniors. As a Civilian Crime Prevention Officer, he created this group that led to a volunteer organization of over 350 individuals and he was able to raise money and sponsorship so that no tax payer dollars were used (raising over $100,000 per year). Weldon retired on April 1, 2008 and during that time he had trained over 1,000 volunteers and had logged over 1 million volunteer hours. It was one of his proudest achievements and he was nicknamed S.T.A.R.S. ONE. In addition to his work, Weldon was also involved in local education and served as an Oak View School Board Member and also co-founded a scholarship fund and has given thousands of dollars to local students and schools. Weldon was also involved in numerous service organizations including the Lodi Masonic Order, Scottish Rite Bodies, Rotary, Lodi Music Festival, Kiwanis, and the Chamber of Commerce for Lodi, Stockton, and Lockeford. He enjoyed helping his family and friends with his many talents including building, gardening and repairing. He was always willing to lend a hand and give assistance to those in need at any time. He will be remembered for his amazing BBQs, Cioppino and chili beans. Weldon could host parties from a few people to over a thousand and he had the ability to talk to anyone, make them comfortable (and laugh) and be a lifelong friend. Weldon was able to travel to some amazing places including Columbia, Israel, Turkey, France, Spain, Switzerland, Liechtenstein, Austria, Germany, Mexico, Japan, China, Palestine, the United Kingdom, Jordan, United Arab Emirates, Canada and most of the United States. Some of his favorite memories were riding on camels in Petra, visiting the Austrian hills where the Sound of Music was filmed, attending the World’s Fair in Seattle with Alicia for their honeymoon in 1962, driving a Winnebago with family across the USA in 1971, taking a balloon ride in Cappadocia, Turkey, and watching the ball drop on New Year’s in Times Square in Manhattan. Weldon is preceded in death by his parents Ralph and Helen Burson and sister Barbara (Bob Hunt) and survived by wife Alicia, daughters Holly (Mike) and Kim and many nieces and nephews. As per Weldon’s request, no services will be held. In lieu of flowers, you may send a check in his memory to the Oak View School Outdoor Ed Fund and mail to OaK View School, 7474 E. Collier Rd, Acampo, CA 95220; please mark the card with Attn in Memory of Weldon Burson.