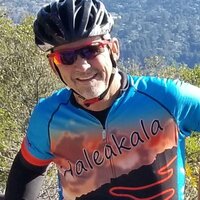 Gary Kleinfeldt passed away on October 31, 2021 at the age of 64, in Lodi, California. He is survived by his wife, Laurie Avale Kleinfeldt, his daughter, Jaclyn Moreno and her husband Reuben, his son Ryan Kleinfeldt, his son Cory Kleinfeldt and his wife Lauren, his son Shane Kleinfeldt and his fiancé Shelby, his daughter Keeli Parrish and her husband Stephen, as well as five grandchildren, Ollie, Maya, Alexa, Keira, and Chase, his mother Pat Struglia, his sister Donna Rolls Edminster, and numerous other family and friends. Gary was born in Happy Camp, CA. He grew up in San Jose, CA where he attended Pioneer High School. He graduated from University of the Pacific before settling in Lodi. As someone who always said that he never wanted an office job, Gary started his own successful business, Dent Pro, where he worked on perfecting the craft of paintless dent removal. Over the course of his life, Gary was an avid athlete and participated in many sports. He was most passionate about baseball and cycling. When he wasn’t taking out dents or playing a sport, Gary enjoyed traveling the world, completing home improvement projects, and spending time with his family. He will be greatly missed and remembered for his hard work and dedication to everything he pursued.