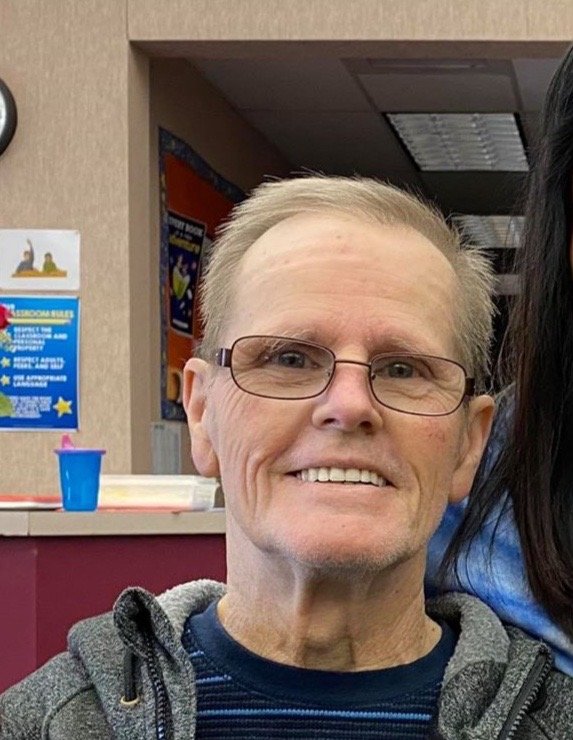 Please share a memory of Robert to include in a keepsake book for family and friends.
View Tribute Book
Robert L. Schmidt Jr. (“Bob”) passed away in Stockton, CA on July 21st. He was 69. Born in San Diego to the late Robert L. Schmidt and Liz Hoff; he is survived by his wife, Sandy, three daughters, Jennifer Thomas (Mike), Madeline Dunham (Jeremy), Sandra Swanfeldt, living locally and one son, Robert L Schmidt III from AZ as well as five beloved grandchildren, Carole, Mikey, Ava, Molly and Jack. He also leaves behind three beloved sisters, Lucky McGuire, Terri Schmidt, Jan Leaman and one brother, Ed Schmidt, one niece and two nephews, all living in the eastern part of the country. His military career took him to posts all over the world starting with the Navy in 1970-76 as a Radioman on the USS Kilauea and in Iceland. Then a reenlistment into the Army for 14 years where he served as an Army Counterintelligence Agent and instructor. He also served in Korea, Germany, Philippines and Egypt, retiring as SFC in 1994. He continued in Federal service joining the postal service as a Rural Letter Carrier, eventually retiring for good in 2015. His sharp mind, photographic memory and quick wit served him well in life. Bob loved riding and giving rides on his beloved 3-wheeled Can-Am as well as living his techie dreams of flying drones and building computers, giving several away through the years. He will be especially missed by his loving wife and family as well as so many friends. Public viewing will be available from 4pm to 8pm including recitation of the Holy Rosary at 6pm on Wednesday, Aug 4 at Lodi Funeral Home located at 725 S. Fairmont Ave, Lodi. A mass of Christian Burial will be celebrated at 10am on Thursday, Aug 5, St. Joachim’s Catholic Church, located at 13392 E. Lockeford Ranch Rd, Lockeford, luncheon to follow in the hall. Committal will follow at 1:30 pm with military honors at Cherokee Memorial Cemetery, located at 14165 N. Beckman Rd, Lodi. Everyone is invited. Donations may be made in Bob’s memory to St. Jude Children’s Hospital (www.stjude.org), St. Joachim’s Church (www.stjoachimlockeford.com/onlinegiving.html), Hospice of San Joaquin (www.hospices.org), or your favorite charity.
To send flowers to the family or plant a tree in memory of Robert Schmidt Jr., please visit Tribute Store
Wednesday
4
August

Share Your Memory of
Robert
Upload Your Memory View All Memories
Be the first to upload a memory!
Share A Memory
Send Flowers