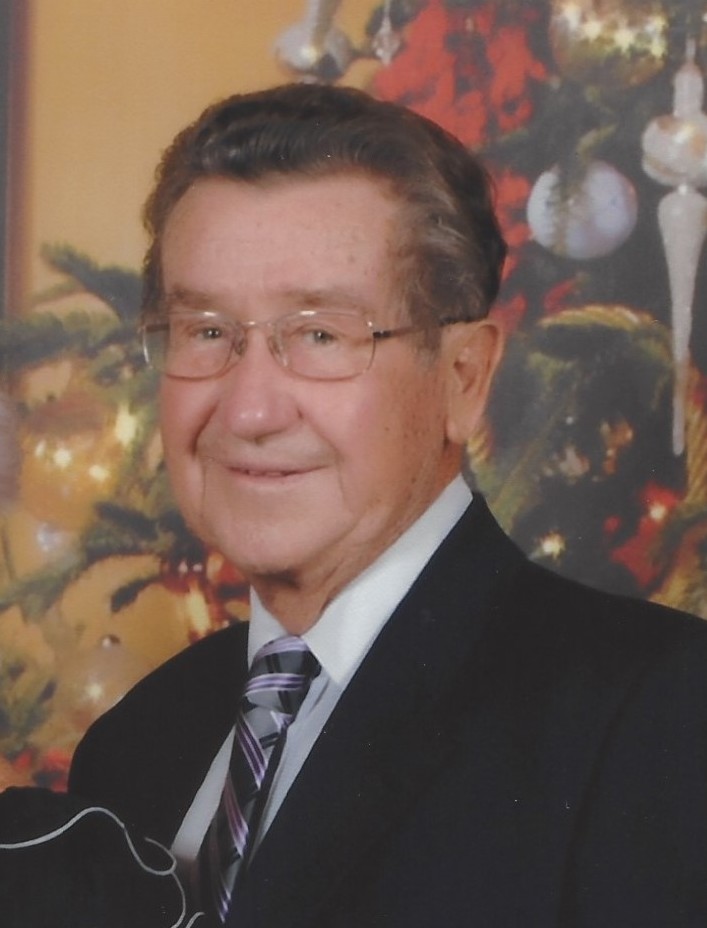 Please share a memory of Donald to include in a keepsake book for family and friends.
View Tribute Book
onald H. Lee, 87, was called home to our Lord on July 29, 2021. He was born to Howard and Nora Lee in Lodi, California on October 21, 1933. He attended elementary school in Lodi before moving and graduating from Phineas Banning Senior High School in Los Angeles. After high school, he joined the Navy and was stationed in Long Beach, CA. He returned to Lodi and worked for Alcatel Lucent until retirement. After retirement, he started his own appliance repair company, he was known to be able to fix anything! Donald enjoyed working on family genealogy and traveling. He married Peggy Collinsworth on October 24, 1952. they were married for 60 years. Toghether they had four children, Stephen (Cheryl), Karen (Marty), Darryl (Kristi) and Jeff (Maiya). After Peggy passed away, he met and married Mary Gasaway. The two were married for 8 years. Mary brought two sons into the marriage, Rod Brodehl (deceased) and Ron Hittle (Liz). Don Leaves behind 17 grandchildren, 14 great grandchildren and 2 great great grandchildren. Don was an active member of Bethel Open Bible Church in Lodi. He served on the board of elders for over 20 years. don set up the electrical system for the church from the ground up. He sang in the choir and various quartets. He taught Sunday school with Peggy for many years. Don hosted many small prayer teams in their home over the years. Don was an integral part of the River Rock Fellowship of Woodbridge from the beginning. He hosted the Legacy Builders Bible study ministry for many years in their home, as well as weekly gatherings for men. Don was a part of the men's ministry and prayer. He was willing to assist whenever there was a need. He will be deeply missed! Don was preceded in death by his parents, and his siblings, Alta Linn, Florence Alexander, Oliver Lee, Charles Lee, Melvin Lee and Ed Lee. There will be a private graveside service for just the immediate family and close friends. A celebration of life will be held at Grace Point Church on Friday, August 20, 2021 at 11 a.m. all family and friends are invited. In lieu of flowers, the family requests your consideration of a donation to Directions Medical Clinic in Lodi or to the Salvation Army of Lodi. The family would lie to thank everyone for their prayers, well wishes, and support during this time. We would like to thank Pastor Marvin Talmantez of River Rock Fellowship and our church family for all their support and prayers. Condolences or favorite memories can be left on Donald Lee's online guest book at lodinews.com/guestbook.
To send flowers to the family or plant a tree in memory of Donald Lee, please visit Tribute Store
Friday
20
August

Share Your Memory of
Donald
Upload Your Memory View All Memories
Be the first to upload a memory!
Share A Memory
Send Flowers