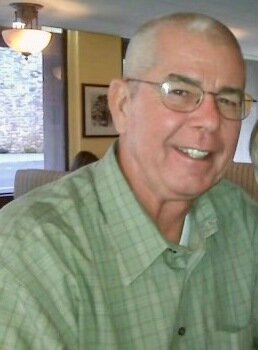 Please share a memory of Gary to include in a keepsake book for family and friends.
View Tribute Book

Gary Zeyen, age 75, of Stockton, California, passed away on Sunday, November 21, 2021. He was born June 20, 1946 in Oxnard, California, to June Rae and Wayne Leslie Zeyen; with a younger sister, Marsha, who proceeded him.

The family moved to Stockton, California in 1962 with Gary graduating from Lincoln High School in 1964. He attended San Joaquin Delta College in 1965 where he was the starting guard of the basketball team with multiple 100+ point, century games. Gary then transferred to Chico State and graduated in 1968 with a degree in Business Administration.

Following his graduation, Gary worked for Crestwood Behavioral Health Inc. He retired in 2020 after 45 years of hard work and dedication.

Gary married Tamra Tancik in 1966 with whom he had three children: David, Michael, and Julie. He also leaves behind six grandchildren: Zachary, Alexis, Olivia, Noah, Anna and Isabel.

Gary later married Melinda Jackson in 1992 and is survived by two children: Christine and Sydney.

Throughout his life, Gary demonstrated his love for sports. In addition to being a star basketball player, Gary was an active tennis player; winning the NCTA Doubles Championship with partner Scott Oechel. He also had the opportunity to coach his children and many other youth in competitive basketball, baseball, soccer, and softball. He was the President and Treasurer of the 20-30 Club, Lincoln Boosters Club, and various PTA’s throughout his life. Gary also enjoyed playing golf and watching all sports, but was always faithful to the 49ers.

Friends and family are invited to attend a Celebration of Life at Lodi Funeral Home, 725 S Fairmont Ave, Lodi, CA at 2:30 p.m. on Friday, December 17, 2021. A reception will follow.

To send flowers to the family or plant a tree in memory of Gary Zeyen, please visit Tribute Store
Friday
17
December

Share Your Memory of
Gary
Upload Your Memory View All Memories
Be the first to upload a memory!
Share A Memory
Send Flowers