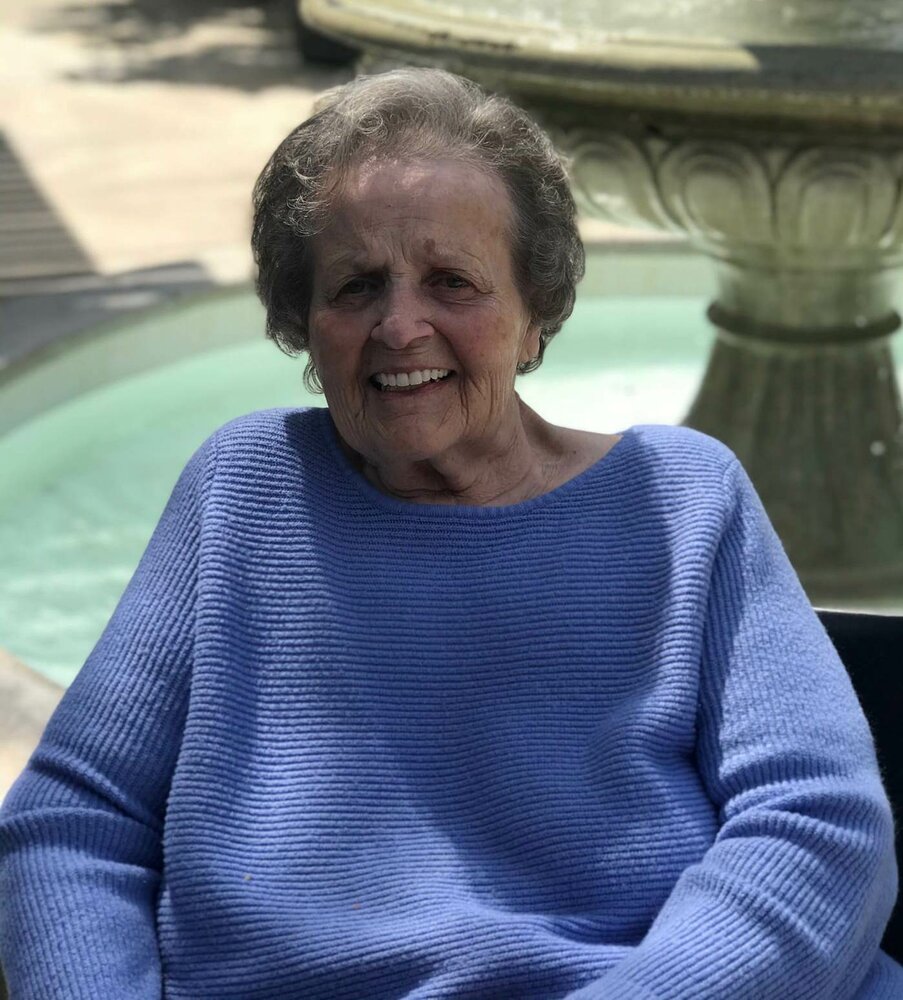 Please share a memory of Marlene to include in a keepsake book for family and friends.
View Tribute Book

Marlene Katherine Prudhel, age 85, took her final breath at Vienna Convalescent Home in the late hours of Thursday, January 6, 2022, after a long illness. She was born to her parents Herman and Katherine Ehlers on August 11, 1936, in Lodi, CA, and was a life-long resident. Marlene was raised in the Lutheran faith and was an active member of St. Peter’s Lutheran Church and Redeemer Lutheran Church.

In 1954, Marlene graduated from Lodi High School and shortly after graduation went to work in the office at Lodi Super Mold until 1959. In May of 1957, she married Edwin Prudhel and they enjoyed almost 51 years of marriage until Edwin’s death in 2008.

After the birth of her first child in 1959, Marlene dedicated her life to the raising of her children and was a stay-at-home mom for the next 27 years. Her children attended St. Peter’s Lutheran School where she was very active in their school and after-school activities. In 1986, she embarked on a new career path as a teacher’s aide with the Lodi Unified School District until her retirement in 1998 when her husband Edwin became ill.

In retirement, Marlene cherished spending time with her three grandchildren and five great-grandchildren, being an active member of Redeemer Lutheran Church, playing cards, and going to concerts.

Marlene was a loving and devoted wife, mother, grandmother, and great-grandmother, and an amazing cook – specifically German dishes that were handed down over generations.

Marlene was preceded in death by her parents, brothers Walter, Lee, and Kenneth Ehlers, and her husband Edwin Prudhel. She is survived by her children Bradley Prudhel of Lodi, Randy Prudhel of Lodi, Ryan Prudhel (wife Lisa) of Stockton, and Shayne Richards (husband Patrick) of Sacramento. Also, her grandchildren Joshua Prudhel (wife Stephaine), Nicole Prudhel and Ashlee Prudhel and great-grandchildren Aiden and Addisyn Prudhel, Brooklyn and Caleb Mountjoy, and Kaylee Lemuz.

A viewing/visitation will take place on Wednesday, January 12, 2022, between 10 am and 4 pm at Lodi Funeral Home. A private inurnment will be held at Cherokee Memorial Park. In lieu of flowers, the family requests memorial contributions be made in her memory to the Redeemer Lutheran Church Memorial Fund, 1845 S. Ham Lane, Lodi, CA 95242, or to the Hospice of San Joaquin, 3888 Pacific Avenue, Stockton, CA 95204.

To send flowers to the family or plant a tree in memory of Marlene Prudhel, please visit Tribute Store
Wednesday
12
January

Share Your Memory of
Marlene
Upload Your Memory View All Memories
Be the first to upload a memory!
Share A Memory
Send Flowers