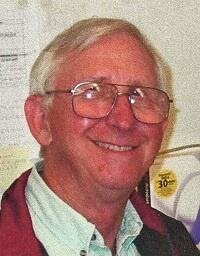 Please share a memory of Gary to include in a keepsake book for family and friends.
View Tribute Book

Gary was born in Los Angeles, CA and was raised by his grandparents in Elk City, Oklahoma.  As a youth Gary enjoyed target shooting and during his teen years he worked in a shoe shop, as a car hop in a local fast-food restaurant, and operated the miniature train at Ackley Park.

In 1962, after graduation from high school, Gary enlisted in the United States Navy.  His 20-year Active Duty career included tours of shore duty at the California Mare Island Naval Shipyard and in Illinois at the Great Lakes Naval Training Center.  His first tour of sea duty was on board the USS Reeves during the Vietnam War in the 1960s and a second tour on the USS Reeves beginning in 1973.  His third tour of sea duty was on the USS Enterprise.  In 1982, Gary was discharged from Active Duty as a Fire Control Technician Senior Chief (E-8) and transferred to the Fleet Reserve.  He retired from the United States Navy in 1992.  Throughout his military career, Gary received extensive technical training in the ship missile systems, instructor training in various mathematical disciplines, and management and leadership training.  During his naval career, Gary continued his interest in marksmanship shooting by competing in military shooting matches, becoming an expert marksman in pistol shooting.

After his discharge from Active Duty Gary was sole proprietor of Compufix, an electronic repair service based in Vallejo, California where he repaired video arcade games and installed commercial data processing equipment.  He was also employed by Western Technical Services as an Engineering Technician, an Electronic Technician for Fairchild Discrete Components Division, Syscon Corporation as a Systems Engineer, Eldyne Inc. as a Principal Engineer, and then after 12 years completed his working career in 2007 with the Contra Costa County Office of Education as the Network Supervisor for the Martinez Unified School District.  In 2013 Gary and his wife, Janice started Nance Enterprises where Gary specialized in and provided custom laser engraving services and products.

When not working Gary enjoyed the outdoors going on camping expeditions with his family and friends in various California foothill and mountain locations and touring local museums and places of interest. He pursued his life-long interest in rifle and pistol marksmanship through participation in NRA sponsored shooting matches, the International Handgun Metallic Silhouette Association matches, and the Varmint Hunting Association.  He traveled many times throughout the United States with his family, sightseeing and visiting relatives and friends along the way.  Gary was most comfortable in the peace and serenity of the United States National Grasslands and the less populated areas in the California mountains and foothills.  He especially enjoyed his home in West Point, California and the wild-life pets that inhabited or wandered throughout the property.

During his lifetime, Gary called many places home realizing home was not a physical location, but always with his family.

Gary will be remembered as a kind-hearted, intelligent, respected man who never complained nor had a negative comment about anyone.  He did have a wry sense of humor and told many family stories of his youth, his naval career and hunting expeditions with friends.

Gary was preceded in death by his grandparents, Henry and Alpha Cotton; his mother, Mary Helen Tanner; and his father, Oscar Lowell Nance along with several aunts and uncles and step-parents.  He is survived by his spouse and life-partner of 50 years, Janice; daughter and son-in-law Kristine and Kevin and their children Matthew and Keith; daughter Carolyn, her partner Lew, and her children Kylee and Tyler.  Gary is also survived by several half brothers and sisters.

There will be no services, however a Celebration of Life and Family Gratitude will be held in the Spring 2022 at the Valley Springs family home.  Gary will be interred in a columbarium at the Sacramento Valley National Cemetery in Dixon, California.

To send flowers to the family or plant a tree in memory of Gary Nance, please visit Tribute Store
Online Memory & Photo Sharing Event
Online Event
About this Event

Look inside to read what others have shared
Family and friends are coming together online to create a special keepsake. Every memory left on the online obituary will be automatically included in this book.
View Tribute Book
Services for Gary Nance
There are no events scheduled. You can still show your support by sending flowers directly to the family, or planting a memorial tree in memory of Gary Nance.
Visit the Tribute Store

Share Your Memory of
Gary
Upload Your Memory View All Memories
Be the first to upload a memory!
Share A Memory
Send Flowers