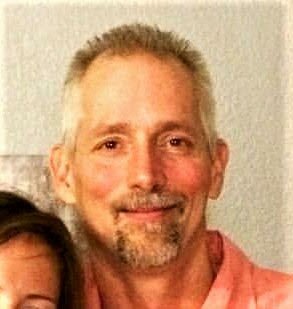 Please share a memory of Mark to include in a keepsake book for family and friends.
View Tribute Book

He will be interned at Auburn Cemetery District, Auburn, CA; at a later date.

He worked for Martin Brower for over 20 years. He enjoyed improving and rebuilding his Denali truck and racing it. He also enjoyed canning and his Sous Vide. He had his 2004 GMC Denali featured in the 2008 Truckin’ World Magazine, Volume 34, No. 8. He also planned and Hosted the Denali Fest ‘07.

He is preceded in death by his Father, Eldon Helmandollar of Lodi, CA.

To send flowers to the family or plant a tree in memory of Mark Helmandollar, please visit Tribute Store
Online Memory & Photo Sharing Event
Online Event
About this Event

Look inside to read what others have shared
Family and friends are coming together online to create a special keepsake. Every memory left on the online obituary will be automatically included in this book.
View Tribute Book
Services for Mark Helmandollar
There are no events scheduled. You can still show your support by sending flowers directly to the family, or planting a memorial tree in memory of Mark Helmandollar.
Visit the Tribute Store

Share Your Memory of
Mark
Upload Your Memory View All Memories
Be the first to upload a memory!
Share A Memory
Send Flowers