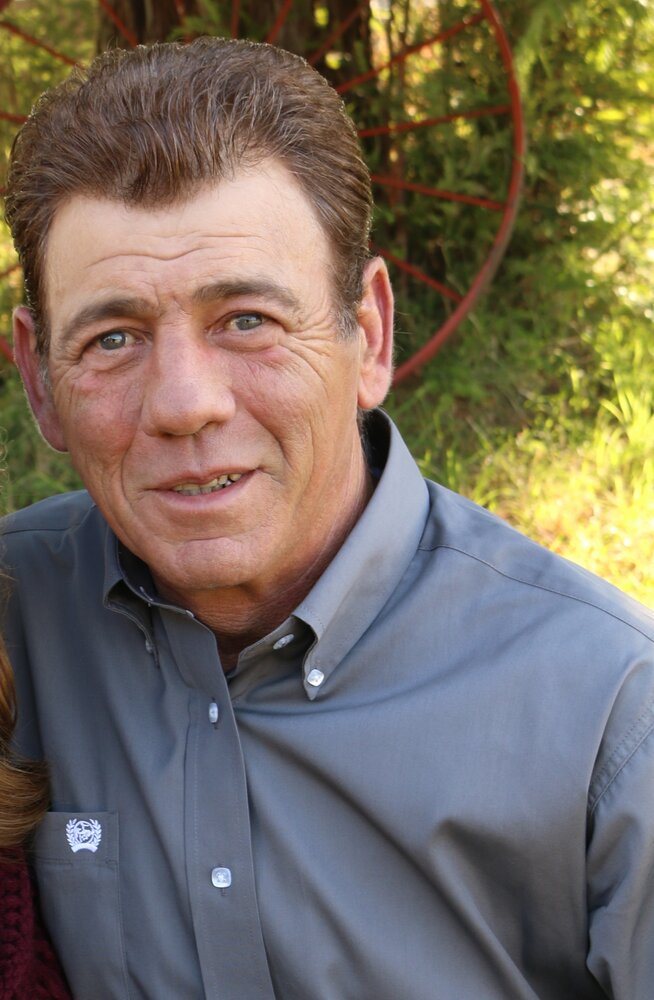 Please share a memory of Jose to include in a keepsake book for family and friends.
View Tribute Book

Jose Fernando Borges Vitoria passed away on July 3rd after a hard battle with cancer at UC
Davis Medical Center surrounded by his close family. Joe was born November 5 th , 1964 in
Feteria, Terceira, Azores to Francisco De Sousa Vitoria &amp; Maria Inacia Borges Vitoria as the
youngest of three siblings.
At age 11, Joe immigrated to the United States and settled in Lodi, California on March 2 nd ,
1976. Joe started school at Turner Elementary in Lodi, Ca. After school each day Joe helped at
the Borges Dairy with his family as that is what a young Portuguese boy would do so that he
could learn a good work ethic. Joe worked at the Borges Dairy until 1985 when his father started
the Francisco S. Vitoria &amp; Sons Dairy in 1997. Frank and Joe Vitoria took over the dairy from
their father in 2002 which then created Vitoria Brothers Dairy. Today, the dairy is still in full
operation as Joe Vitoria Dairy.
Joe met the love of his life Teresa Leal on February 14th 1988 at the Dança de Carnaval at the
Stockton ballroom. Joe and Teresa were married July 11th, 1992 in Thornton, Ca.
They started their family in 1995 with their first son Joe Michael Vitoria. In the years following
they were blessed with two more sons Daniel in 1997, and David in 2002.
Joe loved his cows and they were something he looked forward to taking care of daily. He
became an expert herdsmen and could tell you anything and everything about his cows.
Joe was a member of Our Lady of Fatima Society of Thornton, California. He was also a
member of PFSA/SES Elk Grove Portuguese Hall.
Joes other love was his family. He loved visiting the sandy beaches of Santa Cruz and Monterey
with his family yearly. His wife, boys, grandchildren, and immediate family were his
everything. Joe enjoyed Bullfights and hanging out with his friends. He always looked forward to
the Thornton Bodo De Leite where he would bring his dairy cows every year. Joe also enjoyed
going to the Sacramento County Fair to watch his sons compete in the Dairy Show each year.
He loved supporting the Galt FFA program and all of the students who participated in it.
Joe is survived by his wife  of 30 years Teresa Vitoria; Children, Joe Michael &amp; Samantha
Vitoria, Daniel &amp; Maddie Vitoria, and David Vitoria; Father, Francisco De Sousa Vitoria; In-
Laws: Jose &amp; Amelia Leal; And his two grandchildren Charlee and Joe Colt Vitoria; Sister, Lina
Ferreira; Sister in Law, Bernadette Vitoria; God Daughters; and Many nieces and nephews.
Preceding him into death were his mother Maria Inacia Borges Vitoria; Brother, Frank Vitoria.
Joe was a loving husband, dad, uncle, godfather and Avo. He will be truly missed. Lost too soon.

To send flowers to the family or plant a tree in memory of Jose Vitoria, please visit Tribute Store
Monday
11
July

Share Your Memory of
Jose
Upload Your Memory View All Memories
Be the first to upload a memory!
Share A Memory
Send Flowers