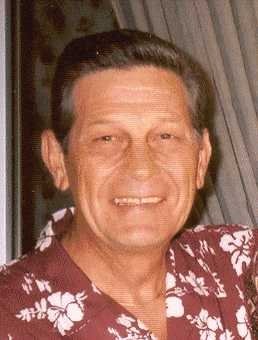 Please share a memory of Melvin to include in a keepsake book for family and friends.
View Tribute Book
Melvin Herbert Pfennig was born October 11, 1941 in Beulah, North Dakota. He passed away at home in Lodi, California, May 30, 2003 at the age of 61. After several years of working on his family's farm in North Dakota he joined the U.S. Marine Corps where he served for 4 years from 1959-1963. Upon returning from the service he lived in Wallace, Idaho where he met Darlene Weigum, the couple was married September 17, 1965 in Osburn, Idaho and in December of 1966 they made their home in Lodi where Melvin worked for Bill Tate Shell as a mechanic, then Lodi Metal Tech as a welder, and finally for General Mills as a machine operator, a position he held for over 20 years. Melvin was a longtime member of Emanuel Lutheran Church, he enjoyed working on automobiles and was restoring his classic pick-up, he also enjoyed working on his house and remodeling, but his true love was his family, especially his children and grandchildren. Melvin leaves to cherish his memory his children; Kim Laskosky of Galt, Chris Pfennig and David Pfennig both of Lodi, his grandchildren; Christopher Pfennig, Michael Pfennig, Jennifer Pfennig, Danielle Pfennig, Adam Sloan, Ryan Laskosky, and Jessica Laskosky, his sisters; Lenora MacNeil of Washington, Sandra Carver of Idaho, and his brother; Delton Pfennig of Idaho. He was preceded in death by his wife; Darlene Pfennig, brothers; Kenneth Pfennig and Aurther Pfennig, sisters; Lucille Webb, Bernice Pfennig, and Betty Pfennig, and his parents; Herbert and Helen Pfennig. Friends may visit Thursday from 2 p.m. until 8 p.m. and are invited to attend Funeral Services on Friday, 11:00 a.m. at Lodi Funeral Home, 725 S. Fairmont Ave, with interment at Lodi Memorial Cemetery immediately following. Military Honors will be provided by the American Legion Ed Stewart Post #803. Memorial Contributions may be made to the charity of your choice.
To send flowers to the family or plant a tree in memory of Melvin Pfennig, please visit Tribute Store
Online Memory & Photo Sharing Event
Online Event
About this Event

Look inside to read what others have shared
Family and friends are coming together online to create a special keepsake. Every memory left on the online obituary will be automatically included in this book.
View Tribute Book
Services for Melvin Pfennig
There are no events scheduled. You can still show your support by sending flowers directly to the family, or planting a memorial tree in memory of Melvin Pfennig.
Visit the Tribute Store

Share Your Memory of
Melvin
Upload Your Memory View All Memories
Be the first to upload a memory!
Share A Memory
Send Flowers