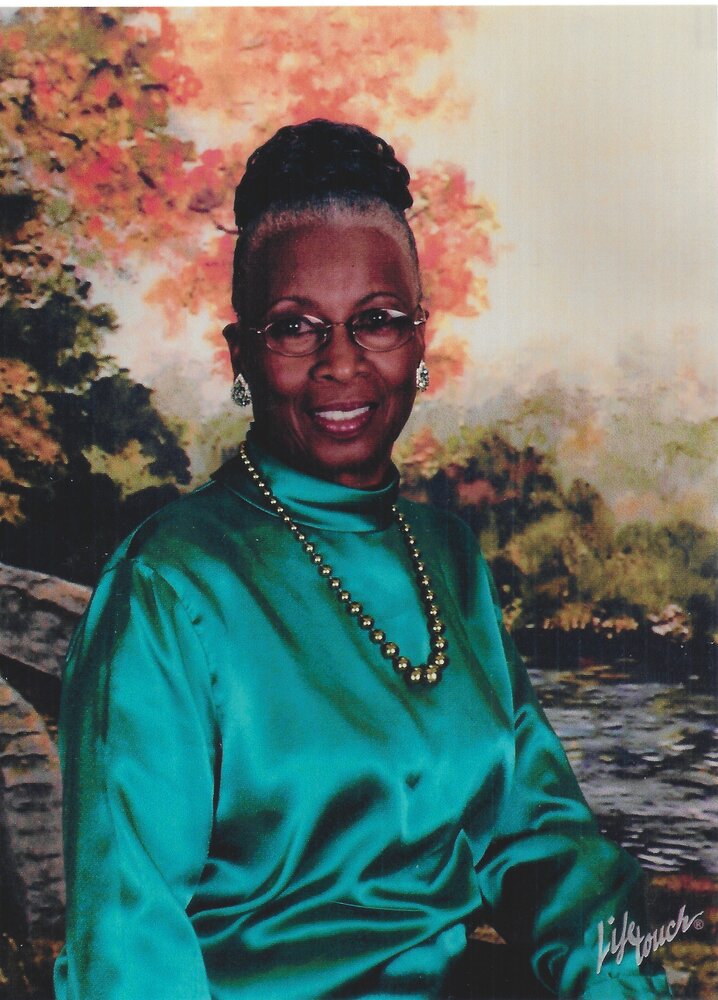 Please share a memory of Ernie to include in a keepsake book for family and friends.
View Tribute Book

Ernie Mae Holmes was born in Alden Bridge, a suburb of Benton, Louisiana to the union of Mr. Ernest Lee and Mary Scott Rawls-Gibson. She was the second eldest of five children. Mae, as she was affectionately called, received her early education in Louisiana Schools. She attended Booker’s Chapel Elementary School in Swindleville, LA and later attended Bossier Parish Training High School in Benton, LA. Upon relocating to Couchwood, LA, she attended and graduated with Honors from Webster High School in Minden, LA.

She continued her education later in life earning certificates in Computer Learning and Basic Early Childhood Education. That certification provided her the opportunity to become the Director of the Tiny Tots Daycare Center in Stockton, CA. She also attended Fellowship Bible Institute of San Francisco, CA.

Her walk with Christ began at an early age when she accepted Christ as a member of the New Bethel Baptist Church in Alden Bridge, LA. At a young age, she met and later married Leroy Roberson. From that union two sons, Samuel Leroy and Charles Edward, were born. In 1953, the family left Louisiana and moved to Chicago and in 1958 relocated to California. In 1959, Leroy and Ernie Mae divorced. In 1960, Ernie Mae married the love of her life, Henry Holmes III. To this union one son, Henry Holmes IV, was born. They remained married until death separated them on July 17, 2013.

Salvation of souls was one of the things that Ernie was most passionate about. She was never shy about sharing the Gospel of Jesus Christ. She was known to witness to any and everyone and was always encouraging others to do the same. During her life she served in several capacities as she stood by the side of her Pastor and Husband. While being the wife of a pastor has its own duties, Ernie Mae was also a Missionary, Evangelist, Teacher and Intercessor. She was a member of the North Central California Area Women’s Aglow Seminar. In 1990, Ernie was the first recipient of Christian Woman of the Year award at the New Antioch Baptist Church.

Her love for prayer and people caused her to create and organize the New Antioch All Night Prayer Band and the Annual Senior Citizen Fellowship. She received several awards for her teachings of the Adult Women Sunday School Class and Vacation Bible School. She was always a great source of encouragement, and she did it with loyalty and love.

She wasn’t a woman of great stature, but her love for God and others was nothing less than giant. She will be greatly missed.

To send flowers to the family or plant a tree in memory of Ernie Holmes, please visit Tribute Store
Thursday
24
March

Share Your Memory of
Ernie
Upload Your Memory View All Memories
Be the first to upload a memory!
Share A Memory
Send Flowers