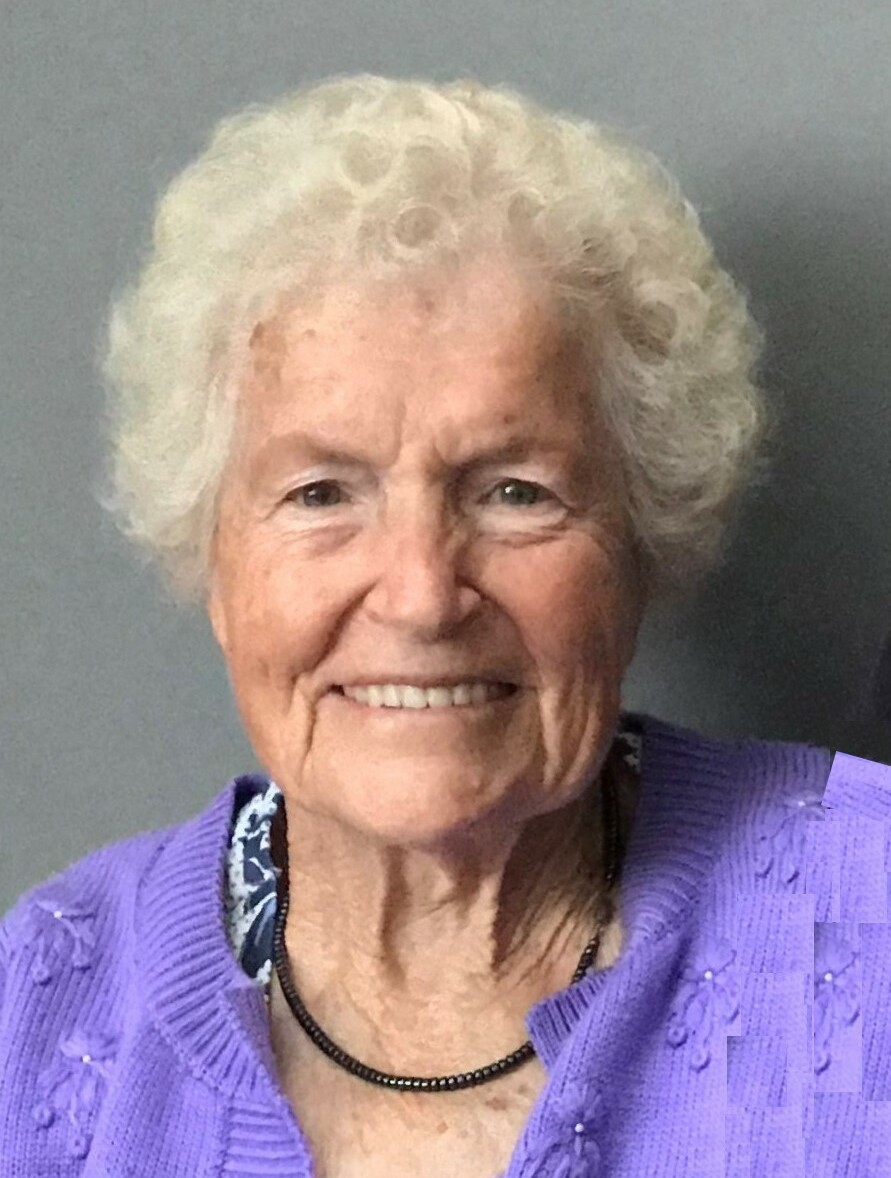 Please share a memory of Anna to include in a keepsake book for family and friends.
View Tribute Book

After a two-year fight with NH Lymphoma, Anna Bucher, at the age of 90, peacefully passed away on Friday, May 13th with her daughters by her side.  She was born on her family farm nestled in the Tyrolean Alps in Patsch, Austria on September 23, 1931.  She was the third child to Klemens and Johanna Haller. Together, the family worked hard on the farm.

On a trip to visit the family where her brother once worked in Switzerland, she met a young Swiss man Alois (Louie) who had immigrated to the US but was home visiting.  That led to Louie visiting Anna in Patsch later that year.  A romance blossomed when they danced the night away. On October 21, 1959, Anna and Louie were married in Patsch and the town tearfully bid Anna goodbye. Anna and Louie honeymooned in Rome and then set sail to America on the Queen Mary. After arriving in New York they drove across the US and Anna thought she would never see her beloved hometown again.

The newlyweds moved to their farm on Live Oak Road, east of Lodi, where they raised four children. While her husband worked Anna managed the farm: feeding calves, irrigating, learning to drive a stick shift, and managing finances. Their doors were always open; they would cook and entertain numerous travelers from Switzerland and Austria whenever they showed up at the front door to stay a few days or months. Anna was known for her nussstrudel (nutroll), which is loved by many and sustained her grandchildren through their college years.

Anna’s faith was important to her.  She was a longtime member of St. Joachim Catholic Church and Daughters of Isabella in Lockeford. Because she didn’t speak English when she first arrived in America, attending a Latin mass at St. Anne's comforted her homesick heart.  She and Louie enjoyed being part of a bible study for many years at St. Joachim's and later she joined a bible study at St. Michael’s in Stockton.

Anna was a member of the San Joaquin Valley Swiss Club where she and Louie would attend many functions and dances.  Louie always had a smile when he danced with her.  He knew he had stolen a favorite from all those local Patsch boys. Anna, who spoke an Austrian dialect of German, learned to understand Swiss German. She embraced the Swiss culture, became an expert at the Jass card game, and made the best Rösti (according to Louie).

Anna returned to Europe many times, and in recent years she and her beloved sister Rosa would each visit the other yearly. In her 80s, Anna learned to use the iPhone so she could talk with her European friends/family and text her grandchildren. Gone were the days where Anna would gather the family together to read long letters filled with local gossip written by relatives or when a single ring on the phone would signal a “happy birthday” to save on the phone bill.

In the summer of 2021, the whole family came together and had a 90th birthday celebration. These past few years, her daughters would come together with her for a weekly game of Jass.  The grandkids knew not to call on a Jass day.  Her playing skills remained sharp to the end, even playing Jass and beating the Robinson/Mall grandkids her final weekend and then teaching a couple Scheibley grandkids how to play on that Monday. She loved that her son Louis came from Switzerland to spend a week with her in April.

Anna was born an Austrian, married and became a Swiss citizen.   She later studied and took her exam to become an American citizen.  This from an adventurous and brave girl born in a little mountainside village. She is preceded in death by her husband Alois Bucher (2008) and her two brothers, William and Johann Haller.  She is survived by Claudia (Siegfried) Mall of Lodi, Erika (Douglas) Robinson of Clements,Teresa (Russell) Scheibley of Danville and Louis (Nicole) Bucher of Steinhausen, Zug; her grandchildren: Serena, Natalie and Theresa Mall, Elise, Adam and Ben Robinson, Kristine, Alison, AJ, Heather and Gabi Scheibley and Hannah, Noa, Leander and Max Bucher: her sister, Rosa Troger and sister-in-law Liesl Haller of Austria and sister-in-law Renee Bucher of Tarzana, CA; and many nieces and nephews from Austria, Switzerland and the US.

To send flowers to the family or plant a tree in memory of Anna Bucher, please visit Tribute Store
Saturday
21
May

Share Your Memory of
Anna
Upload Your Memory View All Memories
Be the first to upload a memory!
Share A Memory
Send Flowers