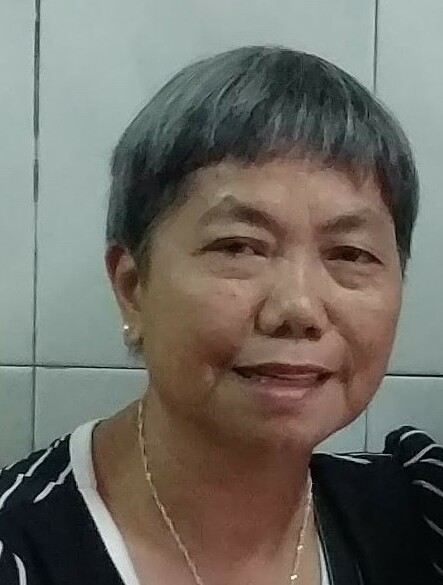 Please share a memory of Amy to include in a keepsake book for family and friends.
View Tribute Book

Amy was born to Yee Chen and Pick Min Lim in 1951 in Rangoon, Burma. Growing up as the second youngest of six siblings, Amy loved socializing with friends and family, especially singing, dancing, frolicking by the water, and catching the latest James Bond film at the local theater. At the age of 20 she immigrated to Taiwan where eventually four of her siblings also settled. For the next several years she worked as a manager at a television manufacturing plant. In 1978 Amy was introduced to Frank Fong through personal contacts. The following year she married Frank in Taipei, Taiwan.

In 1980 Amy and Frank immigrated to the United States and settled in Lodi in search of the American Dream. She picked up odd jobs at fruit packing companies before becoming a stay-at-home mother to her two children. When Frank retired in the early 90s Amy re-entered the workforce at a laundry service as a seamstress before transitioning to a long career as a greenhouse nursery worker at Woodbridge Gardens. After the business closed she worked seasonally as a cherry packer at Felix Costa & Sons until retiring in 2013.

Amy’s outgoing nature allowed her to meet and make many lifelong friends. She was extremely generous whether it was hosting friends, contributing to a work potluck, or helping out her neighbors without hesitation. Her generosity extended to her family as a loving and caring wife and mother who made numerous sacrifices to put her family above herself. Anyone who had the pleasure of meeting Amy also had the privilege to be an audience to her engaging storytelling and it is through these stories that her memory will live on.

A service will be held in her memory at 10 am on Monday August 22, 2022 at Lodi Funeral Home in Lodi, with visitation scheduled for Saturday August 20, 2022 from 1-5 pm. Interment will follow the service at Cherokee Memorial Park also in Lodi.

To send flowers to the family or plant a tree in memory of Amy Fong, please visit Tribute Store
Saturday
20
August

Share Your Memory of
Amy
Upload Your Memory View All Memories
Be the first to upload a memory!
Share A Memory
Send Flowers