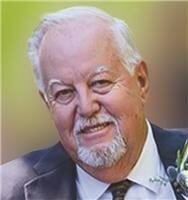 Please share a memory of William to include in a keepsake book for family and friends.
View Tribute Book

A giant of a man does not do enough to describe Dad. He was larger than life in all he did. If Dad put his mind to it, he accomplished and made sure that everyone around him benefited. He was born on July 15, 1940, in South Gate, CA. He graduated Morningside High School in Inglewood in 1958 and attended El Camino College. He met the love of his life Carolyn Meehleis when they lived across the street from each other at the age of 12. Mom may not have known it at that time, but she was always on his mind, and he set a goal of marrying that girl. On June 27, 1960, they were married. That would be the foundation of the Meehleis family, Chris Meehleis was the first floor, Cheryl (Meehleis) Sinclair was the second floor and Mark Meehleis was the third floor. Dads' life revolved around construction from an early age, he started by taking a job with his uncle's company at Meehleis Steel to work on building the launch pads and VAB at Cape Canaveral in Florida, then a job at Kaiser Aluminum and many in between.
During all those experiences Dad had a bigger goal on his mind to create his own company.
Meehleis Modular started out small in Fremont, CA with only Chris as an employee and soon grew to include his 3rd son Mike Sinclair. He still had bigger goals on his mind he decided to move his family and company to Lodi, CA to grow the company to where it is today. With every successful venture Dad always turned back to service and asked how he could do the greatest good for the greatest number. He was involved in Rotary Projects, Lodi Grape Bowl, Lodi Lake, Thunderbird Lodge, Micke Grove Zoo, Masonic Lodge, Women's Club of Lodi, First United Methodist Church and many more.
Dad, you taught us to dream big and to pursue those dreams while making sure we did it the right way not the easy way. Even though we were not ready for you to go God needed a planner and a dreamer on his construction staff. You will be sorely missed by all of us but know that we are here to continue the legacy that you started with a small dream.
Dad leaves behind Carol Meehleis (Wife), Chris Meehleis (son) Cheryl Sinclair (daughter) Mark Meehleis (son) and their families. The memorial service and reception will be held at Hutchins Street Square Kirst Hall at 1 pm on January 6th. In lieu of flowers please donate to Lodi First United Methodist Church, Thunderbird Lodge Tahoe, Lodi Masonic Lodge, The Womens Club of Lodi, The Collings Foundation Trust (Restoration WWII Planes) or any charity that you feel will do the greatest good.

To send flowers to the family or plant a tree in memory of William Meehleis, please visit Tribute Store
Online Memory & Photo Sharing Event
Online Event
About this Event

Look inside to read what others have shared
Family and friends are coming together online to create a special keepsake. Every memory left on the online obituary will be automatically included in this book.
View Tribute Book
Services for William Meehleis
There are no events scheduled. You can still show your support by sending flowers directly to the family, or planting a memorial tree in memory of William Meehleis.
Visit the Tribute Store

Share Your Memory of
William
Upload Your Memory View All Memories
Be the first to upload a memory!
Share A Memory
Send Flowers