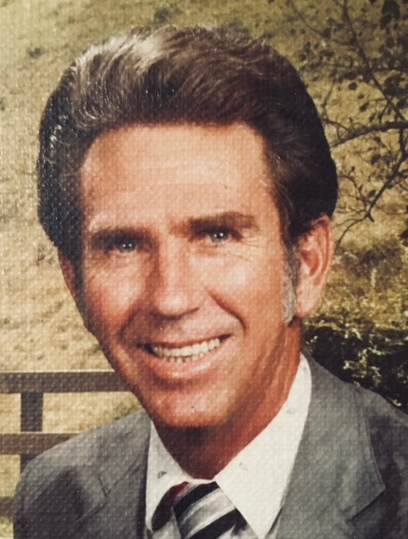 Please share a memory of Marvin to include in a keepsake book for family and friends.
View Tribute Book

Marvin Lee Franklin son of Roy and Evelyn Franklin born November 22, 1933 in PhillipsburgMO. Marvin was the eldest of eight children. Marvin’s parents and siblings moved to Linden, CA where he attended and graduated high school. On September 21, 1951 he married Barbara Lee Smalling and they had 3 children. Lois Ryan (Rick), Deborah Renteria, and Michael Franklin (Diane). They purchased a home in Stockton and then they moved to Jackson, CA. where he pursued his career in the gas business. After working about 12 years in Jackson, Marvin was promoted to Manager of a plant in  Woodland, CA. After quite a few years there, he managed plants in Lodi and Tracy and  then retired from that business. Barbara his wife of 48 years was deceased in 1999.  Marvin has 9 grandchildren, Julie Clemings, Jennifer Marzolf,Jon Schon, Kenneth Schon, Joshua Franklin, Sarah Franklin, Tarah Duncan, Robert Renteria and Robin Brazil and 14 great grandchildren. Marvin was a life long member of the Church of Christ and was baptized at about 15 years of age. Marvin married Louise McElroy and they lived and attended church in the Sacramento area. As his health declined with Parkinson’s he moved to Jackson, CA in late 2019 for his care.
Funeral services will be on January 25, 2023 at Lodi Funeral Home, 725 S. Fairmont Ave, Lodi, CA. 95240 at 12:00 pm.
The family invites you to attend a reception following at the Church of Christ, 3305 Mission
St, Stockton, CA.
There will be no graveside services.

To send flowers to the family or plant a tree in memory of Marvin Franklin, please visit Tribute Store
Wednesday
25
January

Share Your Memory of
Marvin
Upload Your Memory View All Memories
Be the first to upload a memory!
Share A Memory
Send Flowers