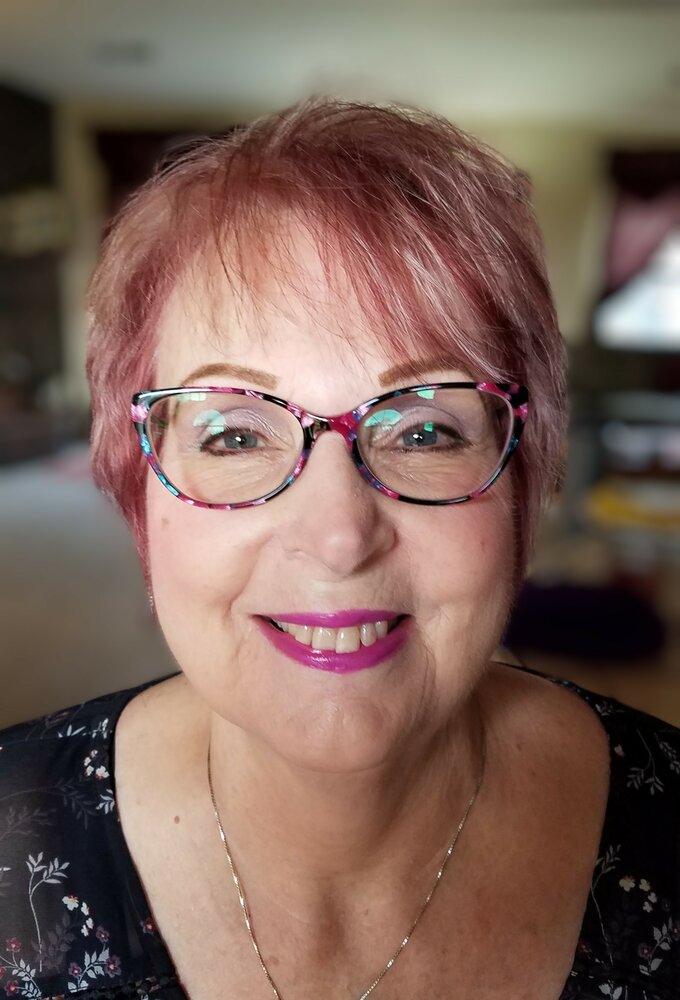 Please share a memory of Sheryl to include in a keepsake book for family and friends.
View Tribute Book

Sheryl Ann Mason (age 75), surrounded by her family, peacefully entered eternal life with Christ Jesus on January 6, 2023, in Lodi, California.
Sheryl Mason was born in Great Falls, MT to Howard Albert  Betty Jane Wiederrich  on April 26, 1947. She attended Big Sandy High School, Big Sandy, MT, as well as cosmetology school in Seattle Washington. She married Stephen Mason on April 27, 1985, in Lodi California. She worked at many places, including Lodi Day Nursery School, Farmers &amp; Merchants Bank, Lasting Impressions, and Curves Fitness Center in Lodi California. Sheryl was a loving wife and mother of five children, many grandchildren, and greatgrandchildren. She was also a four-time breast cancer survivor and had a passion for ministering to those who were suffering from cancer.
She was a great woman of faith and for over 50 years devoted herself to God’s word as well as attending Bethel Open Bible Church, Lodi, California and later Calvary Reformed Church, Stockton, California where she was actively involved in serving as choir member as well as singles and women’s ministries. She always had encouraging and ministering words for anyone she met despite what she may have been going through herself. She brought joy, sincerity, faithfulness, steadfastness and so much love to wherever she was. The twinkle in her eye and her contagious chuckle and smile can never be forgotten. Sheryl is preceded in death by Howard Wiederrich, Betty Spooner-Wiederrich, stepmother Gwen Wiederrich, and son Marcus Whitmire-Mason.
Sheryl is survived by her husband Stephen Mason, her daughter and son-in-law Heidi Mason-Gonsalves and George Gonsalves, son and daughter-in-law Brad and Jennifer Mason, son and daughter-in-law Bryant and Rebekah Mason, son and daughter-in-law Vincent and Laura Mason, grandchildren Jamica McEachron-Jensen, Miette Mason, Adria Mason, Ezra Mason, Bryson Carson, Marcus Mason, James Mason, Alina Mason, Eli Mason, Nadia Mason, Owen &amp; Eliza Mason, Georgia Mason, Luther Mason, Kelsey Robyn, Sydney Cook, and her sister Darlene Wiederrich-Hall-Ward and twin sister and brother-in-law Sharon Wiederrich-Odden and Daryle Odden.
The family of Sheryl Mason wishes to extend our sincere thanks to Dr. Prasad Dighe of Stockton Hematology Oncology Medical Group, Dr. Travers J. McLoughlin ofAdventist Health Radiology, Dr. Richard Yee of Lodi Avenue Care Center, and, finally, all the wonderful staff at Adventist Lodi Memorial Hospital Intensive Care Unit.
A Celebration of Life Memorial service is planned for April 2023.

To send flowers to the family or plant a tree in memory of Sheryl Mason , please visit Tribute Store
Online Memory & Photo Sharing Event
Online Event
About this Event

Look inside to read what others have shared
Family and friends are coming together online to create a special keepsake. Every memory left on the online obituary will be automatically included in this book.
View Tribute Book
Services for Sheryl Mason
There are no events scheduled. You can still show your support by sending flowers directly to the family, or planting a memorial tree in memory of Sheryl Mason .
Visit the Tribute Store

Share Your Memory of
Sheryl
Upload Your Memory View All Memories
Be the first to upload a memory!
Share A Memory
Send Flowers