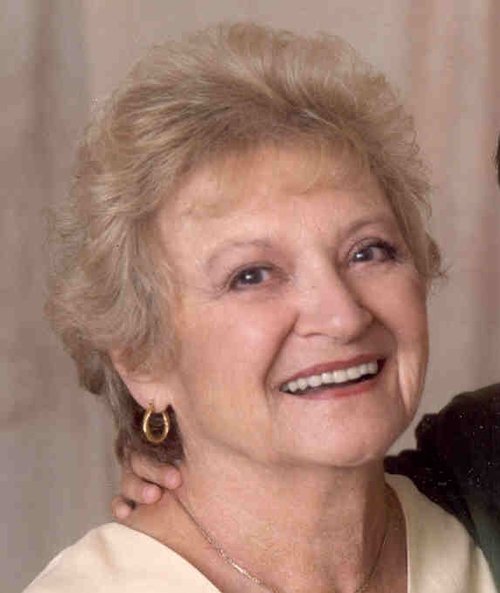 Please share a memory of Jessalee to include in a keepsake book for family and friends.
View Tribute Book
Jessalee Louvisa "Peggy" Heisler, age 85, passed away Sunday, May 4, 2003 in Stockton from natural causes following a long illness. Born Jessalee Louvisa Coleman on January 8, 1918 in Kansas City, Kansas, she attended high school and Business College there. In 1939 she moved to California, and later to Oregon. She married Kenneth E. Hassel on May 10, 1945 in Medford, Oregon. Following her husband?s death in 1965, she moved to Lodi. In 1970 she married Anton ?Tony? Heisler in Reno, Nevada. Mrs. Heisler was employed by the U.S. Civil Service Commission in various states and foreign countries for 23 years. She worked in the private industry and retired from Sharpe Army Depot in 1975. She was member of St. Paul Lutheran Church where she volunteered donating secretarial work for many years. She took furniture upholstery and refinishing classes and automobile tune-up classes at nigh school. Peg bowled in three leagues until she was 78 years old. She also learned to water ski at age 50 in order to teach Kimithy to water ski. For fun she enjoyed traveling and visiting friends. She and Tony did extensive traveling across the United States and went to Europe several times. Cruises to Mexico and Alaska created some wonderful memories. She is survived by son and daughter-in-law Dr. Brent Hassel and Evangelia of Steilacoom, WA; daughter and son-in-law, Kimithy Hassel-Cooper and Michael Cooper of Stockton; grandchildren Kenik and Laura Hassel of Seattle, WA, Evan Hassel of Olympia, WA, and Gared Hassel of Stockton; brothers Raymond Coleman and Bill Coleman of Las Vegas, Nevada. She was preceded in death by her first husband, Kenny Hassel; second husband, Anton ?Tony? Heisler in 2000, and her son, Blane Hassel in 1994. Memorial Services will be Friday, May 30 at 5:00 P.M. at St. Paul Lutheran Church with Pastor Dennis Fakes officiating. Her remains were scattered oat sea off the coast of Monterey, California. Arrangements under the direction of Lodi Funeral Home.
To send flowers to the family or plant a tree in memory of Jessalee Heisler, please visit Tribute Store
Online Memory & Photo Sharing Event
Online Event
About this Event

Look inside to read what others have shared
Family and friends are coming together online to create a special keepsake. Every memory left on the online obituary will be automatically included in this book.
View Tribute Book
Services for Jessalee Heisler
There are no events scheduled. You can still show your support by sending flowers directly to the family, or planting a memorial tree in memory of Jessalee Heisler.
Visit the Tribute Store

Share Your Memory of
Jessalee
Upload Your Memory View All Memories
Be the first to upload a memory!
Share A Memory
Send Flowers