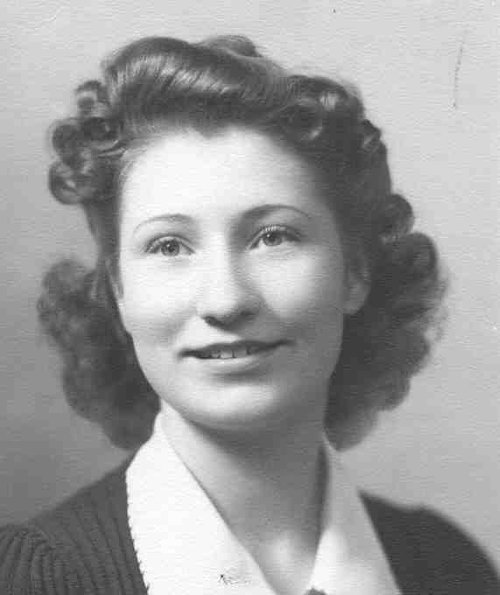 Please share a memory of Eleanor to include in a keepsake book for family and friends.
View Tribute Book
Eleanor Louise Kennedy passed away Friday, March 14, 2003 of natural causes at a local nursing home. Daughter of Charles Edgar Kennedy and Almira Elisabeth Nutting, born April 25, 1924 in Selma, California. She spent her early years on the family farm. After graduating high school she went on to study nursing. She married Richard Ray Almquist of Madelia, Minnesota in 1943. After the war they made homes in Delano and Sacramento, before she finally relocated to Lodi. She will be remembered for her love of animals. She is survived by her son, Mark Almquist of Stockton, her daughter, Debbie Bevens of Riverton, Utah, nine grandchildren and three great-grandchildren. Funeral services were held Wednesday, March 19, 2003 at Lodi Funeral Home with a graveside service at Fowler City Cemetery in Fowler, California. In lieu of flowers memorial contributions may be made to the American Cancer Society.
To send flowers to the family or plant a tree in memory of Eleanor Kennedy, please visit Tribute Store
Online Memory & Photo Sharing Event
Online Event
About this Event

Look inside to read what others have shared
Family and friends are coming together online to create a special keepsake. Every memory left on the online obituary will be automatically included in this book.
View Tribute Book
Services for Eleanor Kennedy
There are no events scheduled. You can still show your support by sending flowers directly to the family, or planting a memorial tree in memory of Eleanor Kennedy.
Visit the Tribute Store

Share Your Memory of
Eleanor
Upload Your Memory View All Memories
Be the first to upload a memory!
Share A Memory
Send Flowers